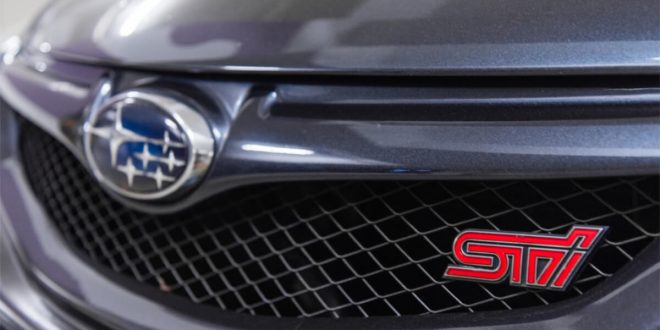 History and Evolution of the Subaru Impreza wrx sti

With a powerful turbocharged boxer engine and a capable all-wheel-drive, the Subaru Impreza STI is one of the most popular options among car enthusiasts. In this article, we will go through the history of this rally and tuning icon. The name Subaru means ‘unite’ in Japanese and it represents the merger of the five companies to create Fuji Heavy Industries. Although they offered passenger cars with a boxer engine and all-wheel drive, it was not until the company got involved with the World Rally Championship that its performance cars got noticed.

The first appearance of the WRX name occurred with the first-generation Subaru Impreza, which sold in Japan in 1992. With the debut of a road-going car, Subaru used the rally designed Impreza instead of a larger Legacy. The Impreza WRX trim offered a rally-inspired technology all-wheel-drive viscous center and rear differential, stiffer suspension and a 210 – 250 horsepower turbocharged boxer engine. Using a boxer engine, which is lower than a traditional inline four-cylinder, cars had a lower center of gravity. A better weight distribution limited body roll. There was even a stripped-down version, called RA or Record Attempt, which was lighter and more robust.

Subaru revealed an iconic 555 Impreza in 1994 to compete in the World Rally Championship. It included engine, transmission, and suspension upgrades. A road-legal version of the Impreza 555 was available as the STI model. It had forged pistons, better intercooler, carbon fiber strut bars, and various drivetrain upgrades. All of that made it more durable compared to the WRX. Subaru won its first manufacturers championship and first drivers championship in the WRC with Colin McRae in 1995, followed by the manufacturers’ championship in 1996 and later in 1997. To celebrate these achievements, Subaru released several limited-editions, among which the Impreza 22B is most notable.

The second-generation Subaru Impreza WRX STI came in 2000, with a rather controversial design approach being the biggest change. Initially, buyers did not receive the first iteration, nicknamed the ‘bug eye’. This generation received two revisions to improve the appeal. The first one, in mid-2003, nicknamed the ‘blob eye’, while the second and final revision in 2005, known as the ‘Hawkeye’, displayed jet-inspired intake and wings. Despite the somewhat questionable design, both WRX and STI remained true road-going rally cars. On a global scale, the WRX and STI trims for the US market in 2002 and 2004. This was the most powerful version, offering 300 horsepower 2.5 liter turbocharged boxer engine and durable six-speed manual transmission. In the motorsport section, Subaru won the World Rally Championship drivers’ title in 2001 and 2003.

Subaru introduced the third generation of Impreza WRX in 2007. Although the body was larger, cleverly designed noise, vibration and safety mechanisms kept the weight similar to the previous generation. A front suspension had McPherson struts, while the rear had a multi-link setup. Earlier samples of this generation WRX had softer suspension, while later ones received tweaks to make it more competitive. The engine remained essentially unchanged, although it now delivered 265 horsepower. The Subaru Impreza WRX STI came in 2008, available only as a hatchback with a wider track and aluminum suspension components. Both WRX and STI sold with this chassis until 2014, despite this Impreza model discontinuing in 2011 and moving to a new chassis the following year. At this point, the Impreza model and WRX trim went separate ways.

The current Subaru in its WRX/STI form hit the market in 2015, and we can consider it to be a separate model. The base is an outgoing fourth generation Impreza platform. However, this model featured considerably altered design and the ‘Impreza’ was dropped. Still, the biggest change was under the hood of a current WRX, where a new 2 liter boxer engine replaced the aging EJ20. This newly designed unit has a twin-scroll turbocharger mounted in the lower front of the engine for better weight distribution. The transmission option is now a 6-speed manual or CVT with paddle shifters.

As for the STI model, the engine and drivetrain remained the same, with minor tweaks to the ECU. Essentially, you still get a well-proven 2.5 liter turbocharged boxer engine and 6-speed manual transmission. The differences from previous generations are the stiffer chassis and suspension updates. A revision in 2017 brought bigger brakes and wheels combined aesthetic changes to the exterior and interior.

What does the STI mean?
At its beginning in the 1950s, Subaru focused on building small “People’s Cars” with an emphasis on suiting the needs of Post-War Japan. In the early 1980s, they decided to expand their global image through motorsports. To handle all performance aspects of motorsport activities, Subaru Technica International or STI was created in 1988. Subaru also teamed up with the British Motorsports company PRODRIVE to help make them more competitive. PRODRIVE is an independent motorsports company that provides engineering design development and management. The first car, based on Legacy, was not very successful because of the overall site. Despite that, it set a recipe all STI use to this day: four doors, all-wheel drive powertrain, and a flat-four boxer turbocharged engine.

What year did the Subaru WRX STI come out?
Both of these iconic names came out with the first generation of Impreza. Initially, Subaru introduced the WRX in 1992, with STI following in 1994. However, neither of these two variants was available in the US market. American had to wait until 2002 when the second generation Impreza was offered in WRX trim. And by 2004, even the STI version made it to the US.

How many horsepower does a Subaru WRX STI have?
While all STI and WRX cars have turbocharged flat-four boxer engines, power outputs depend on generation and trim level.

What is the difference between WRX and STI?

This is a very common question among car enthusiasts, and it is almost certain to spark a bitter debate between opposed sides. On paper, these two cars are not that different. They both have similar engine power output, similar 0-60 times and almost identical top speed. They both come with an all-wheel drive system. To recognize real differences between these two cars, we have to get into the details. We will take cars currently on sale as an example.

In STI you will find a lot of sophisticated technology that the WRX does not have. Things like front and rear limited-slip differentials, a driver-controlled center differential, a stiffer chassis and suspension, and bigger brakes make STI a better handling vehicle. On the other hand, WRX comes with a modern twin-scroll turbocharged engine. This new unit is fuel-efficient and pleasant to drive, thanks to a wide powerband and a lot of low-end torque. Also, it is lighter, weighing some 100-200 pounds less depending on the trim level.

In the end, it comes down to how you will use the car. If you just want a practical and fast daily driver car with an all-wheel drive option, WRX is probably the car for you. Not only it is cheaper to buy, but it also comes with lower maintenance costs, as there are no complicated differentials. Also, as it is lighter and reaches peak torques faster, it is just as quick as the STI. However, if you are more performance-oriented and want to get out on the track and shave off tenths of seconds, Subaru Impreza WRX STI should be your choice. This is a car built for that kind of environment.

Talking about Subaru Impreza WRX STI without mentioning Colin McRae would be wrong. Surely, the successful debut in the World Rally Championship itself placed the Subaru on the performance car manufacturer map. However, it was this charismatic Scotsman who made the Impreza immensely popular among car enthusiasts around the world. By pushing to the absolute limit in every situation, not only that he proved to be a great driver but also displayed how capable and durable Impreza was. Scenes such as those from 1998 Argentina Rally – where McRae set a stage record just after having repaired a damaged suspension part using a big rock – outgun even the best marketing agencies. Subaru probably should have used a slogan: drive it until it breaks, fix it with a rock, set a new record. 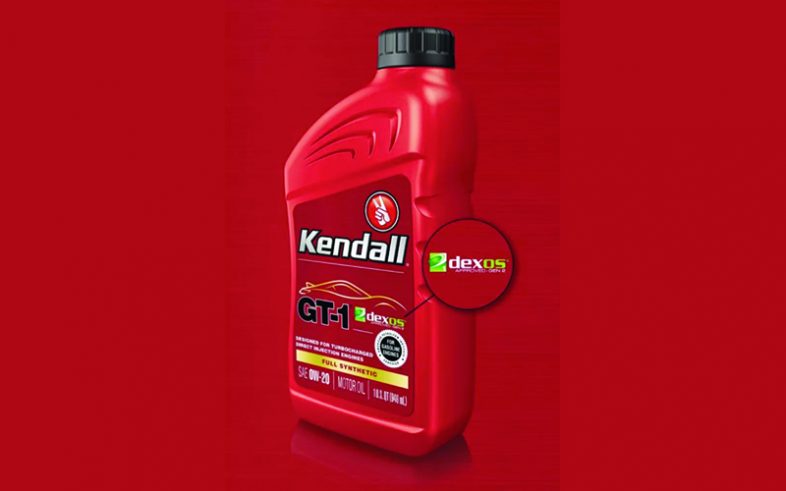 Motor oil has one of the toughest jobs in your household; it must make a myriad of cars, trucks, SUV’s and small engines operate flawlessly under numerous conditions and workloads while meeting a host of requirements set forth by multiple manufacturers standards as well as the American Petroleum Institute. We had an opportunity to speak […] 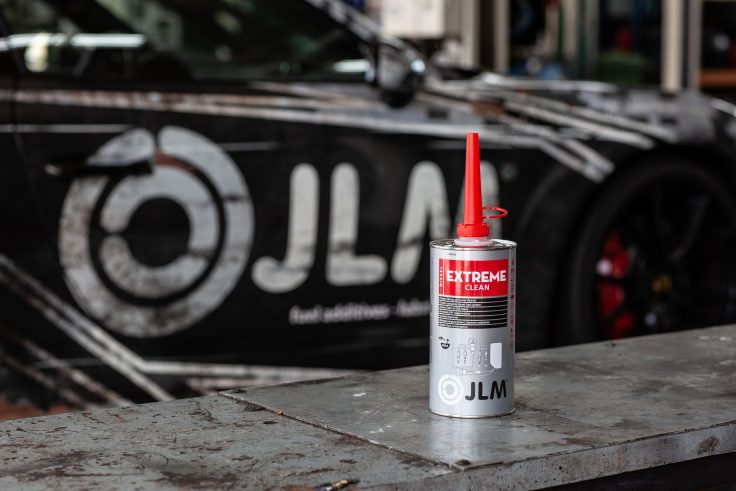